(We have our own conference interpreting equipments in Los Angeles.
Thus, we can offer you the most competitive rates for your language interpretation equipment needs)

Los Angeles is the second largest city in the United States.  Thus, many international conferences are held in greater Los Angeles area. 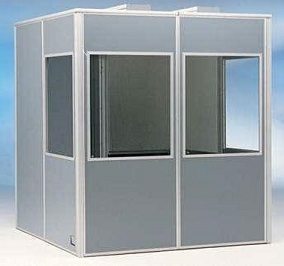 The photo on the left is a sample picture of a fully encapsulated simultaneous interpretation booth that we provided in Los Angeles a few years ago.

Fully-encapsulated booth allows a full soundproof effect, in which no noise is heard when the interpreters simultaneously interpret from source language into target language.

In many of the large international conferences, fully-encapsulated interpreting booths are used. 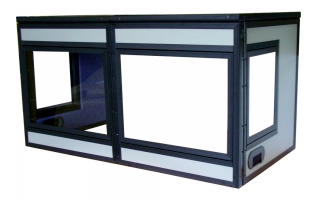 The photo on the right is an example of a table top simultaneous interpreting booth.

Table top booths are easier to install and more convenience to use for smaller conferences where not a lot of noises are expected.

Our office in Los Angeles