In Hong Kong, China, we can provide you with a Spanish translator and interpreter who can also speak Mandarin and Cantonese.  Please see below for the experiences of our Spanish interpreter in Hong Kong. 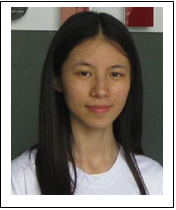 Ms. He is originally from Guangdong Province, China.  As a Chinese and Spanish translator, she worked as a secretary for the owner of a Spanish company based in Shenzhen from September 2014 to September 2015.  Before that, Ms. He worked as an assistant to a Spanish professor who was teaching Spanish in China.

Ms. He has different Spanish interpreting experiences, accompanying clients from Spain and Latin America to visit factories, trade shows, as well as sourcing products for them.  She also worked as a tour guide for Spanish speaking tour groups.